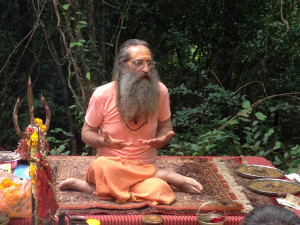 Baba Rampuri, author of Autobiography of a Sadhu, a Journey into Mystic India, and frequent commentator on Oral Tradition, Sacred Speech, and post colonial analysis, is an American expatriate, the first foreigner to be initiated into India’s largest and most ancient order of yogis, the Naga Sannyasis of Juna Akhara.  He has lived in India since 1970, where he practices and teaches the oral tradition of the Sanatan Dharma, conducts sacred ceremony and rites, and hosts workshops and retreats.

He is now a guru with a number of disciples within the order.  At the Maha Kumbh Mela in Haridwar, 2010, he was honored with the title, “Shri Mahant,” for his 40 years of practice and service, and given a permanent seat in the Council of Juna Akhara. 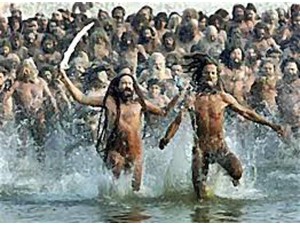